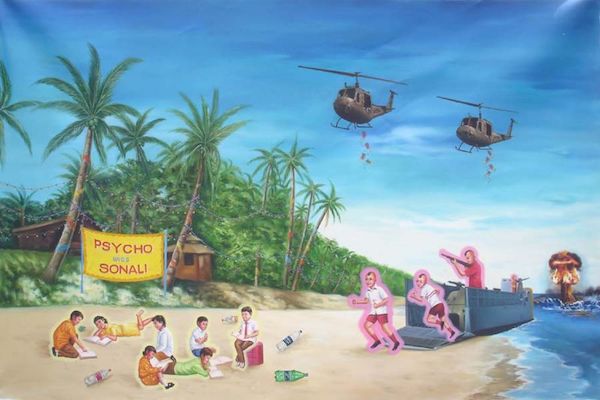 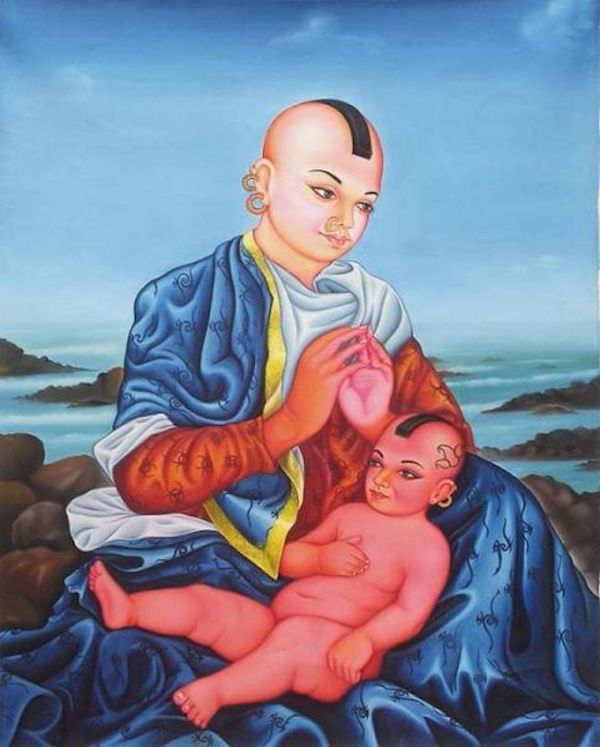 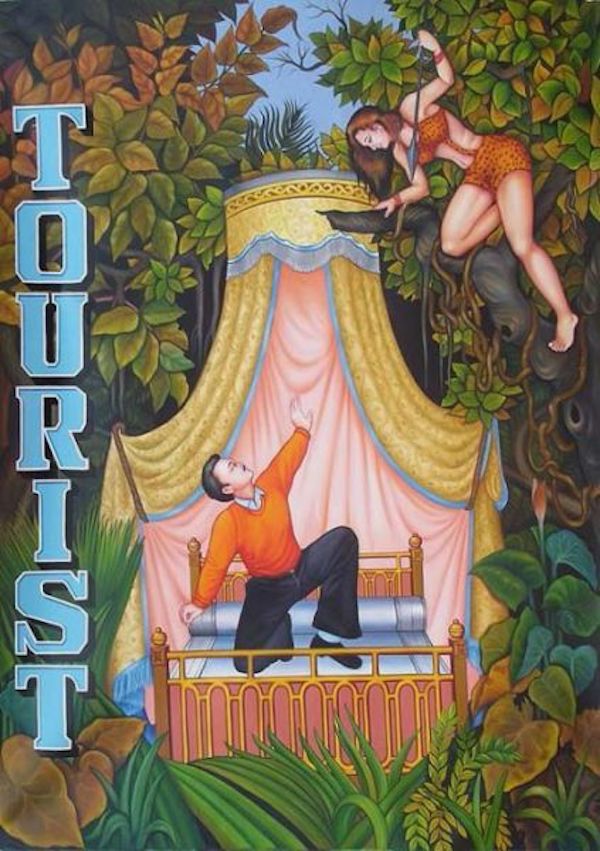 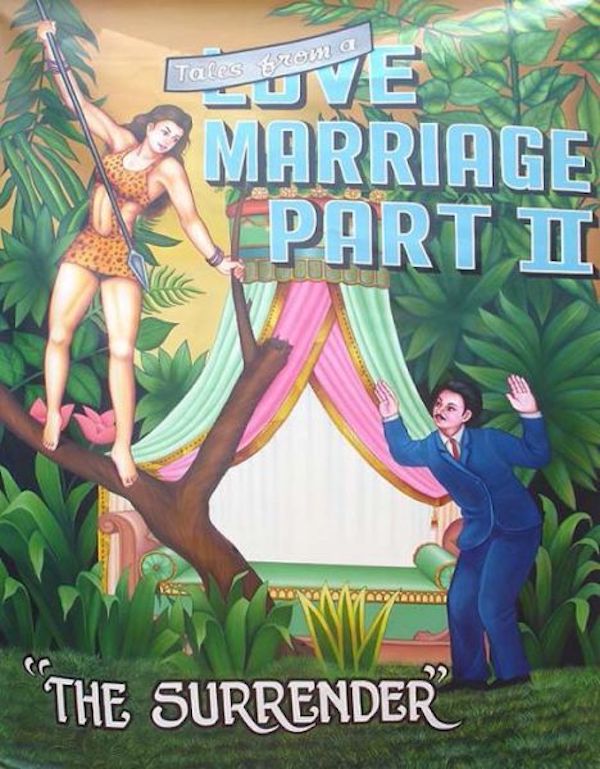 In an effort to immerse himself in the culture surrounding Indian pictorials, Kersey often chose to observe and interact with commercial sign painters, squatting on the pavements of Chennai. The rich, sensual quality of the artist’s work juxtaposes its almost cartoon-like vulgarity. This introduction of figurative iconography creates a style unique to Kersey’s work, often termed ‘Indian Pop’. In western terms, the artist adopts the eye-catching iconography of Warhol while maintaining a strong alignment to Hackney’s playful, pop art commentary.

Although many of his pieces convey a spiritual purity, Kersey reforms them into modern terms. When portraying intimate, ancient Indian postures, he incorporates modern objects (such as English weaponry) in an effort to express concern over the deterioration of Indian pictography at the hands of globalization.

In particular, the artist revisits the traditional styles of the Nineteenth Century Company School Paintings, insuring that his pieces maintain cultural and historical value. In 1990, Kersey, who had been living in Britain for some years, chose to return to Mysore to continue his work.

The artist has been exhibiting since 1988 in galleries throughout India as well as London, and New York. In the last 18 months, Alexis Kersey’s work has seen a meteoric rise: there has been considerable interest from dealers and auction houses alike. With the current boom in Indian art expanding rapidly, this artist is one to watch out for.