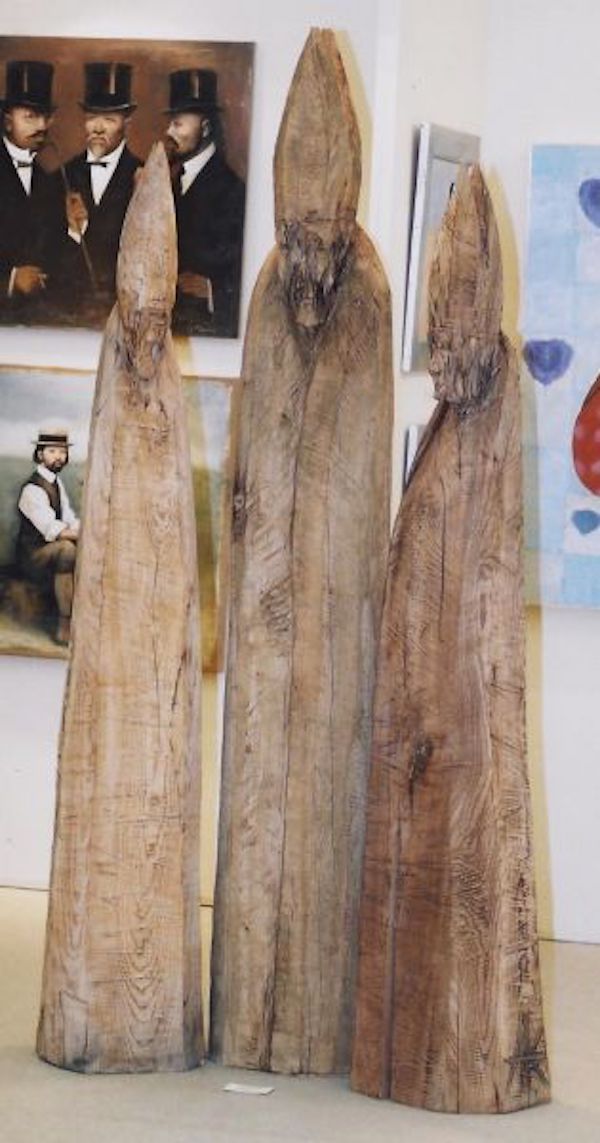 Andreas Kuhnlein (b. July 20, 1953 in Unterwössen) is a freelance German sculptor.

He was born and raised in a farmhouse in Unterwossen in Upper Bavaria. Even though as a young man he trained as a carpenter he took a different vocational path and joined the Federal Border Guard. After retiring from the police force in1981 he took over his aunt’s farm and went back into carpentry business. Since 1983 he has worked as a freelance sculptor. To this day, he had more than one hundred solo exhibitions in numerous countries.

Andreas Kuhnlein doesn´t work with a chisel, mallet or carving knife, but rather uses a chain-saw on the wood, enabling him to show the protrusions, cuts, disintegrations and grains of the hard wood,unlike the polychrome sculptures of the expressionists or the art. However, he places these natural traits in opposition to his artistic reality which is characterised by his self-reliance.

Aided by the chainsaw he intentionally shapes firmly and coarsely his human pictures whereby the reciprocal action between content and space becomes apparent to the observer. The incision, dissection and undercutting of the wood cleaves and tends to dematerialise the former wooden block. Call it an almost impressionistic game of light and shadow covering the surface of his “human being” and so disposing of their statuesque and also static character.

Andreas Kuhnlein´s wooden sculptures not only originate in the material´s conditions and the craftsman’s technique but also in his feeling for shape and lastly the spontaneity of his inspiration. These stipulations stand on the one hand for the resistance of the wooden pith and on the other, in a metaphoric sense, for the vulnerability. An almost mythical element of conflict, toleration, suffering, growth and accomplishment has signified his art work since 1995.