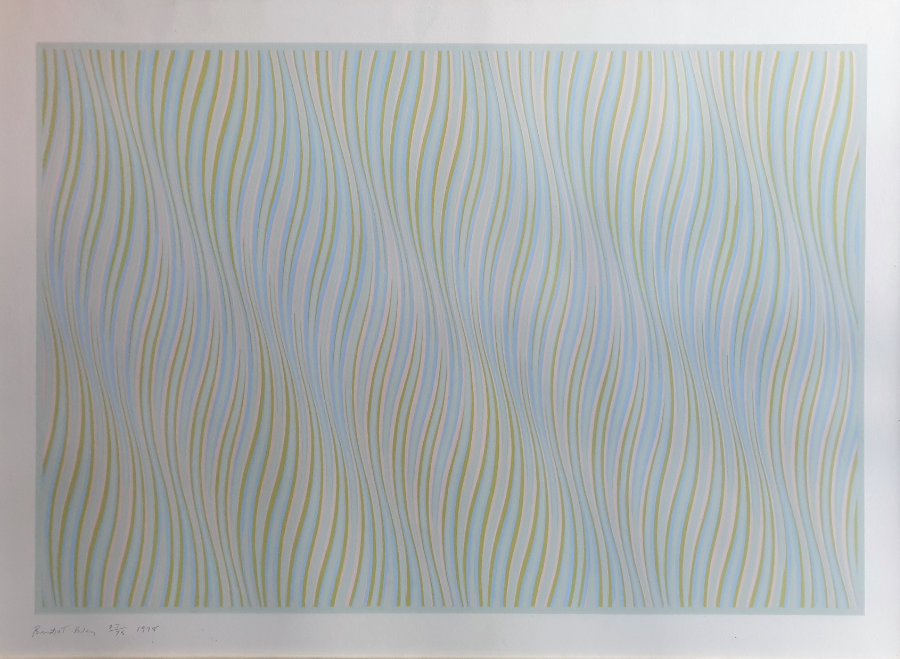 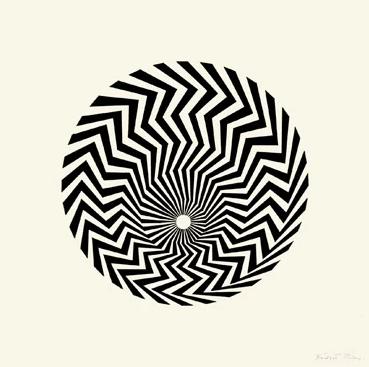 Untitled [Based on "Primitive Blaze"] 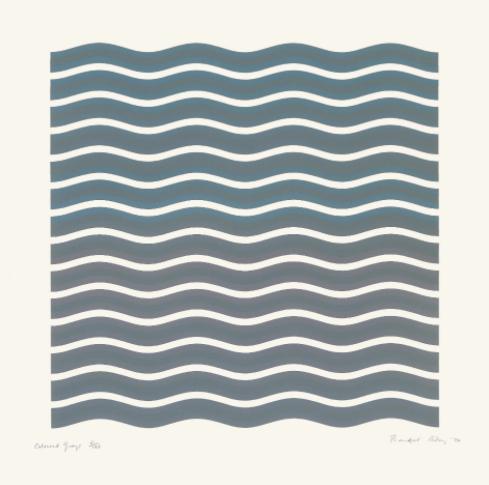 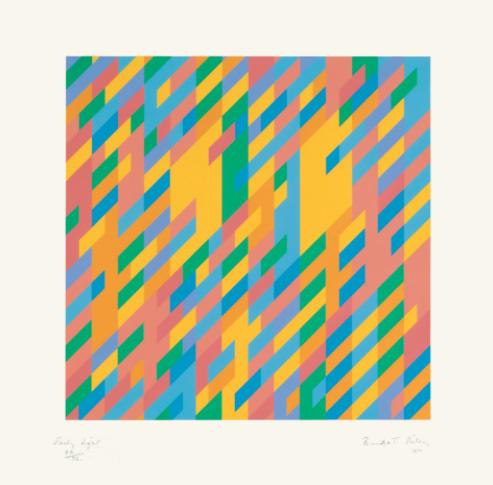 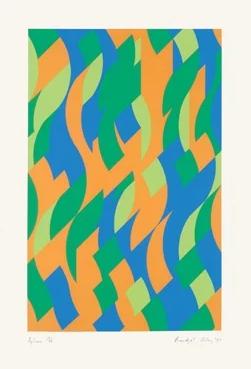 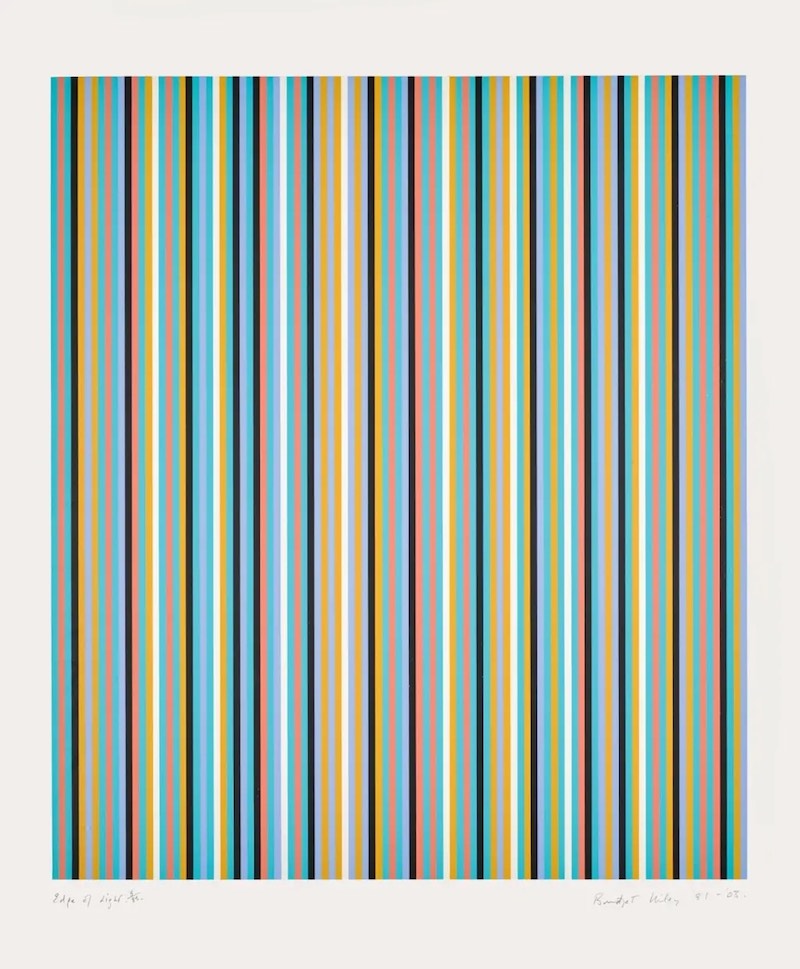 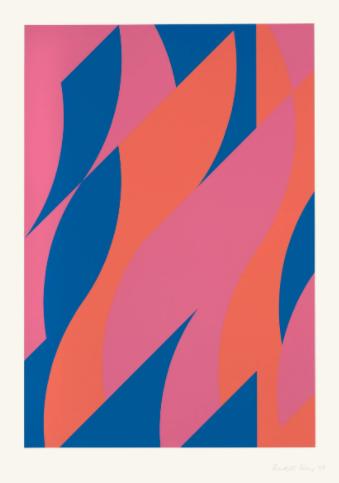 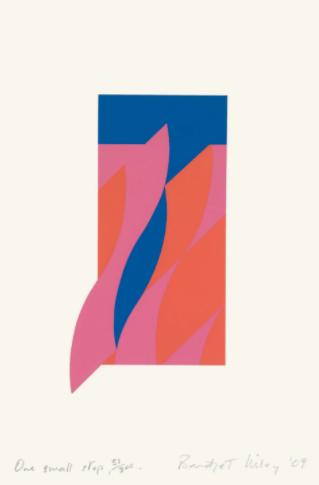 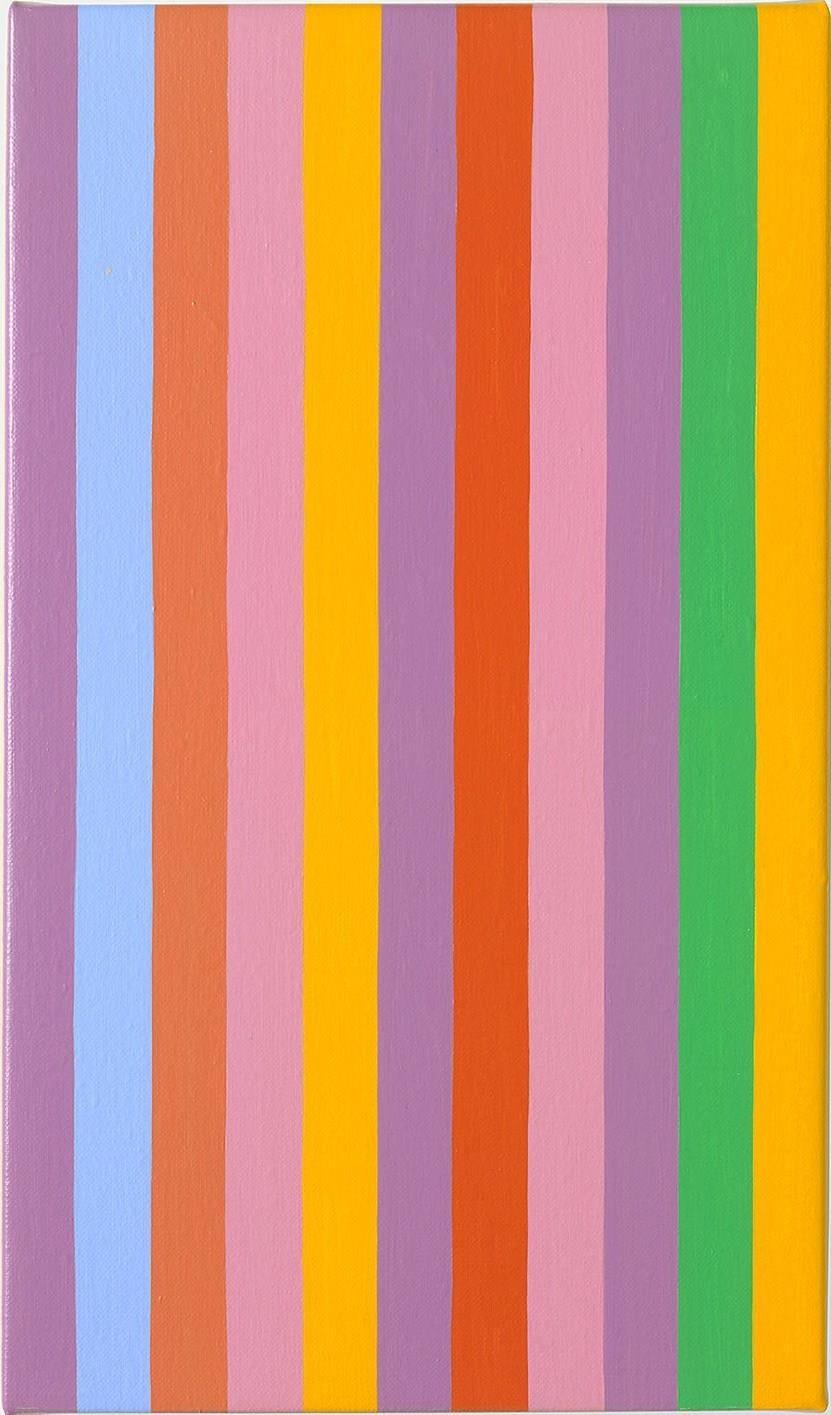 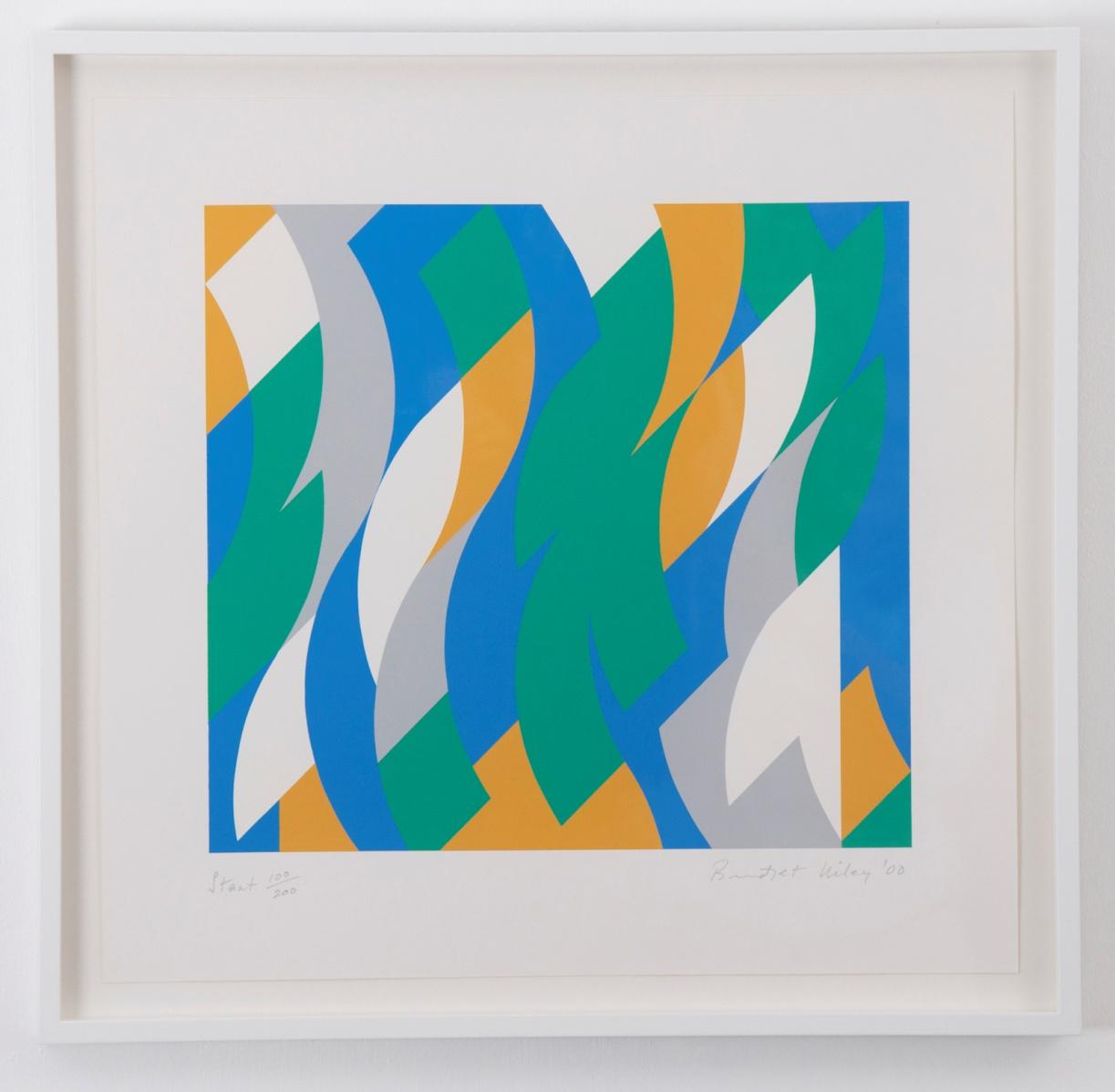 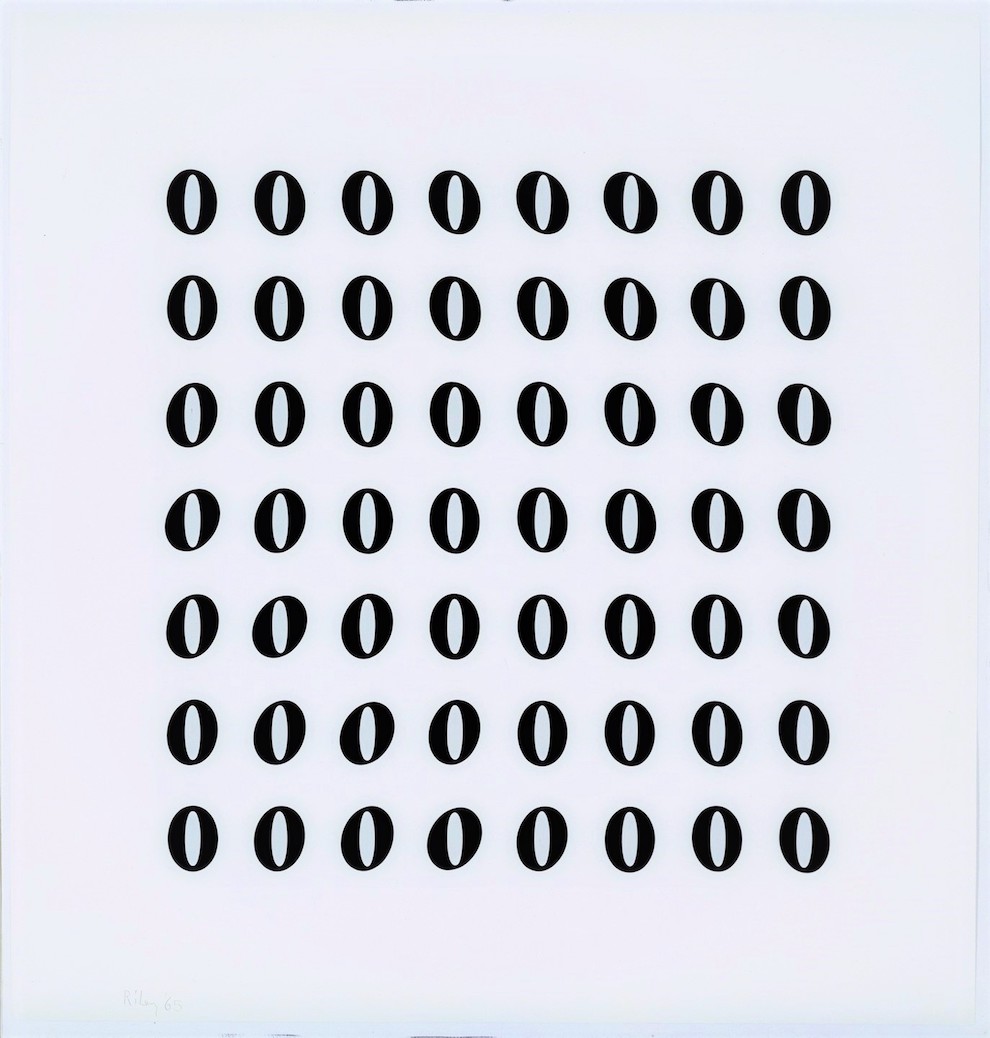 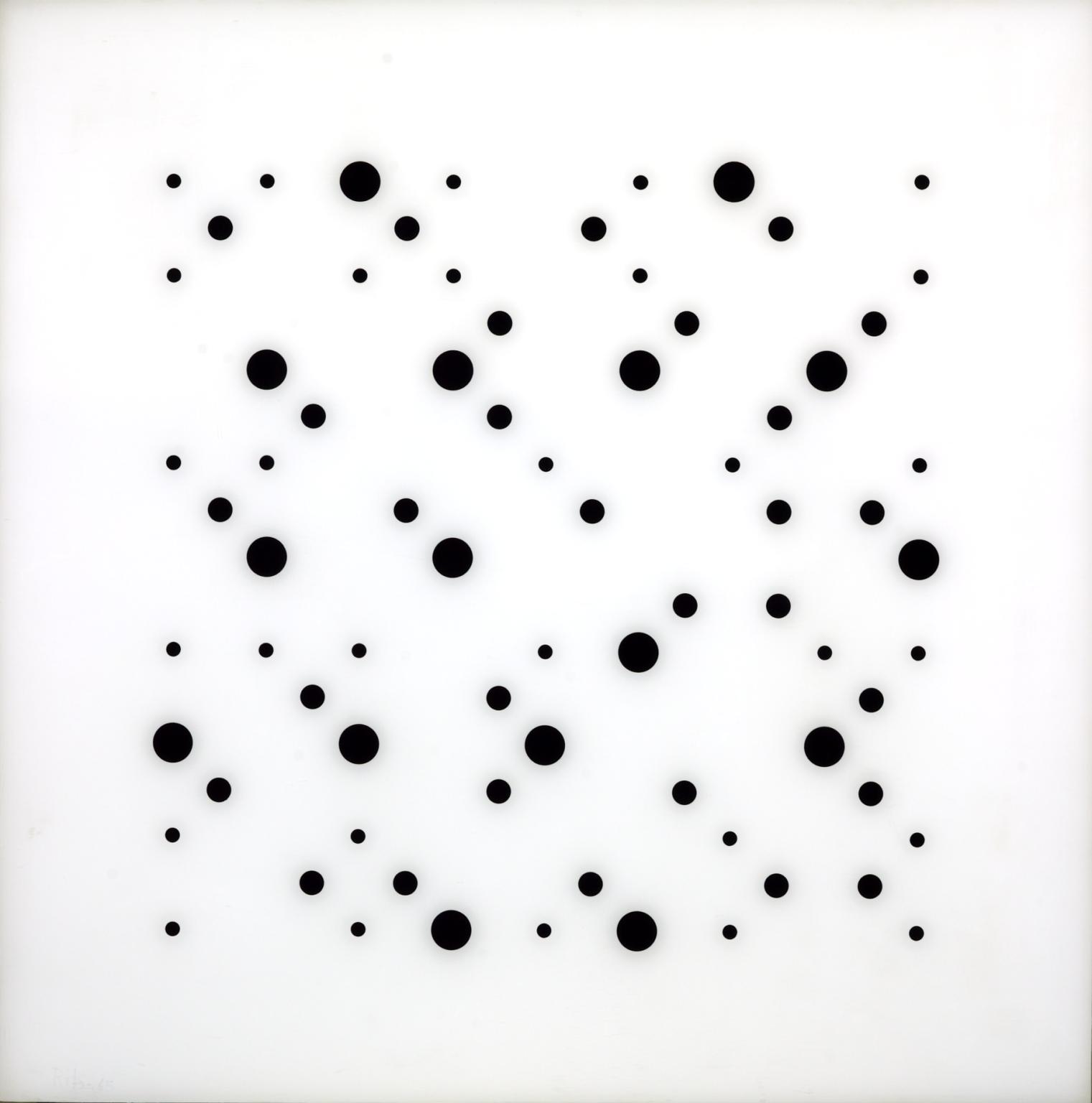 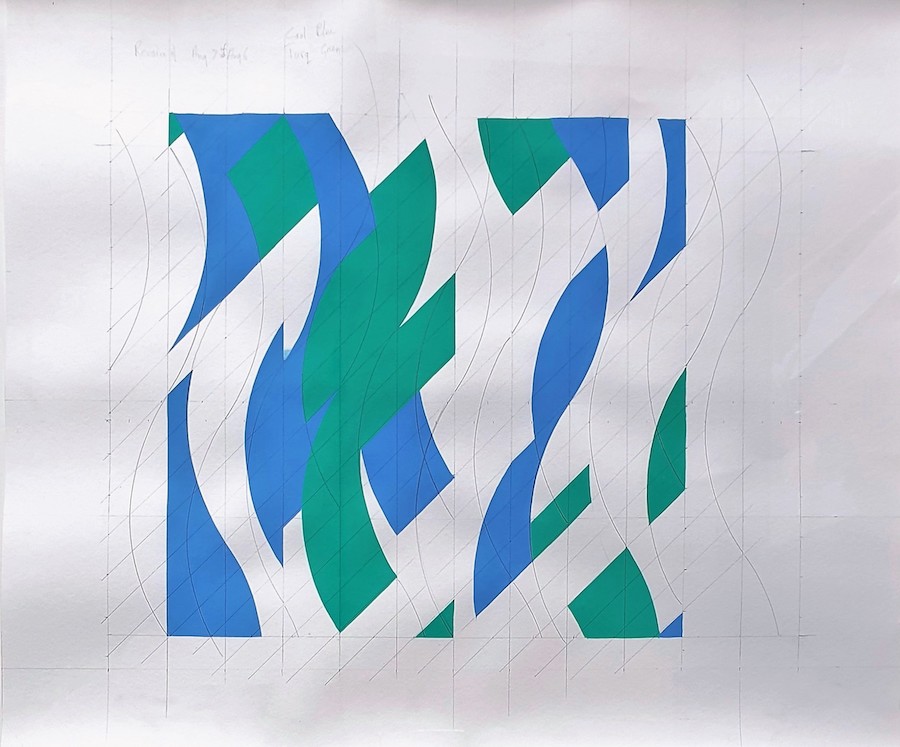 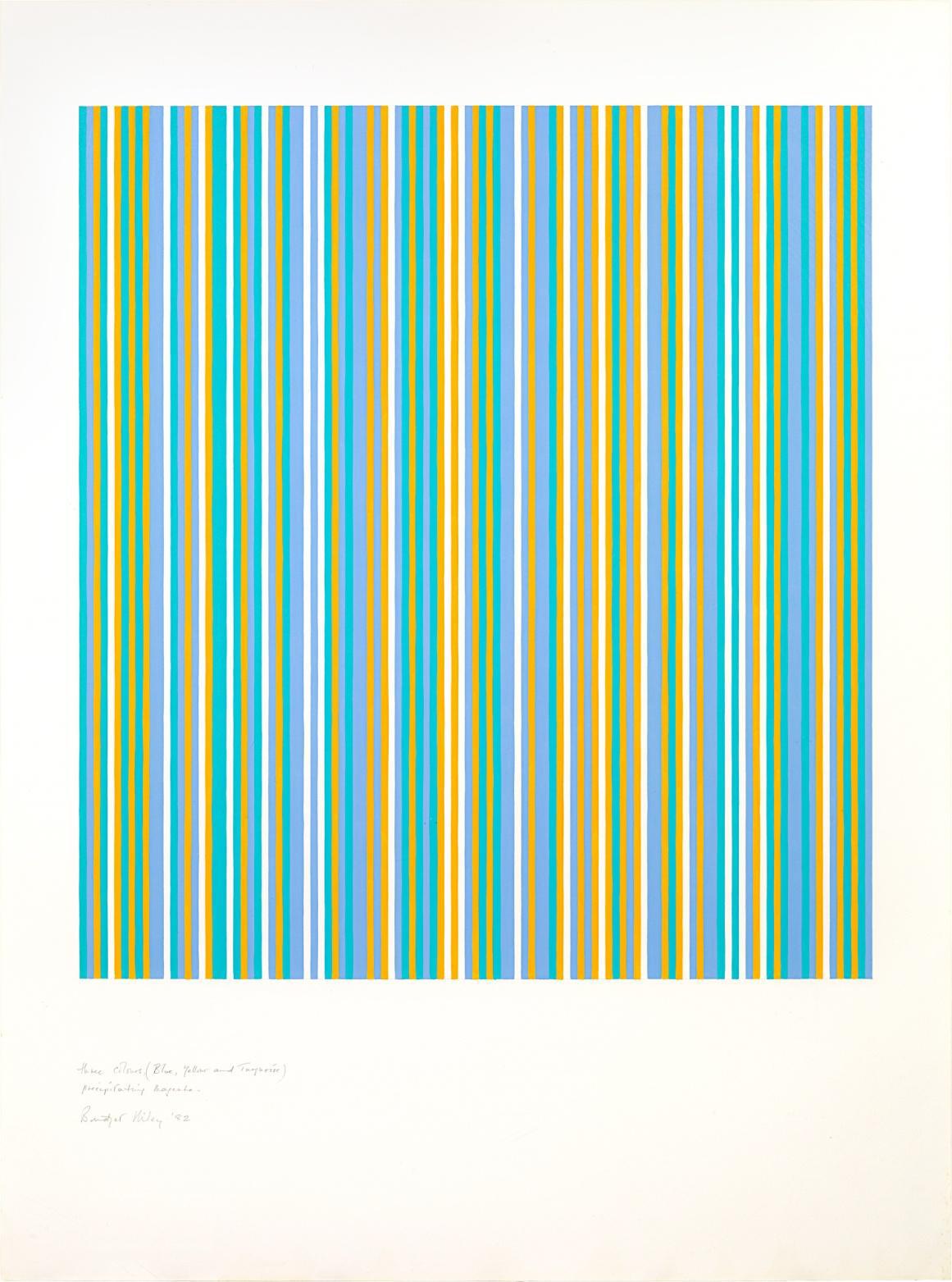 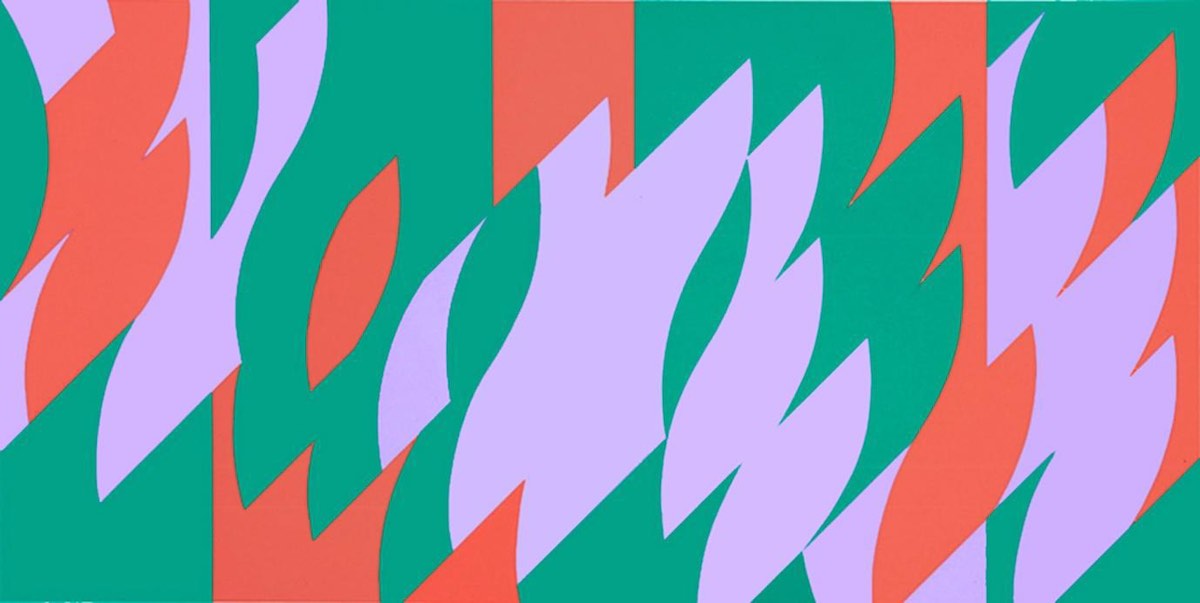 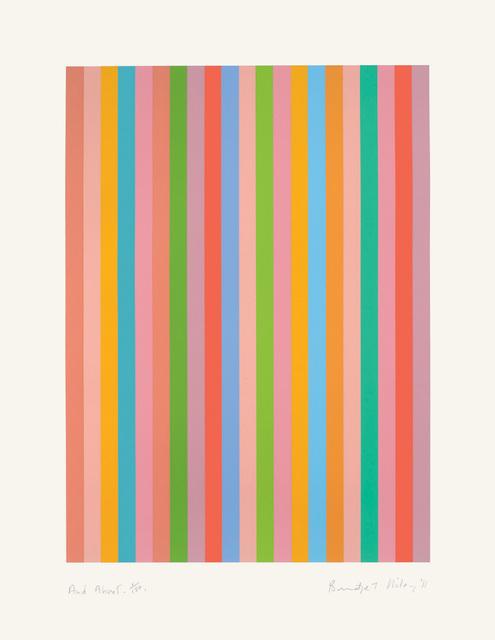 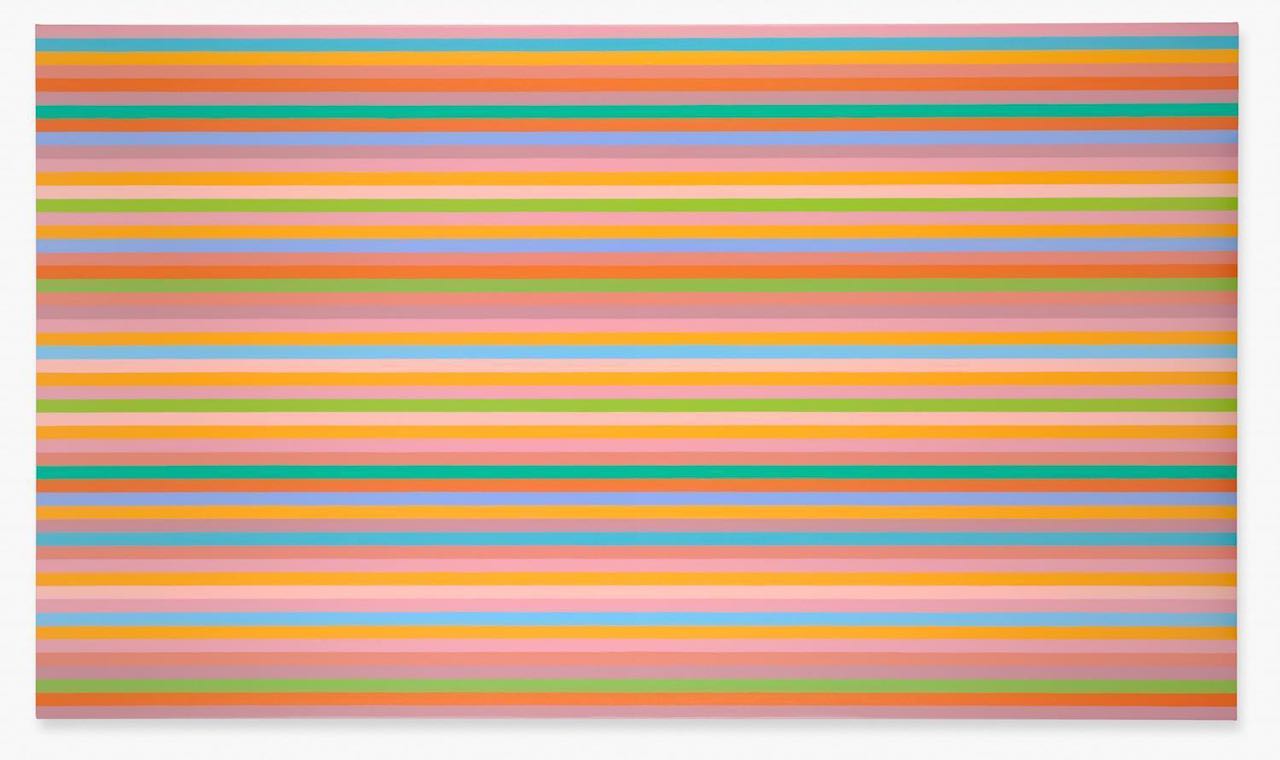 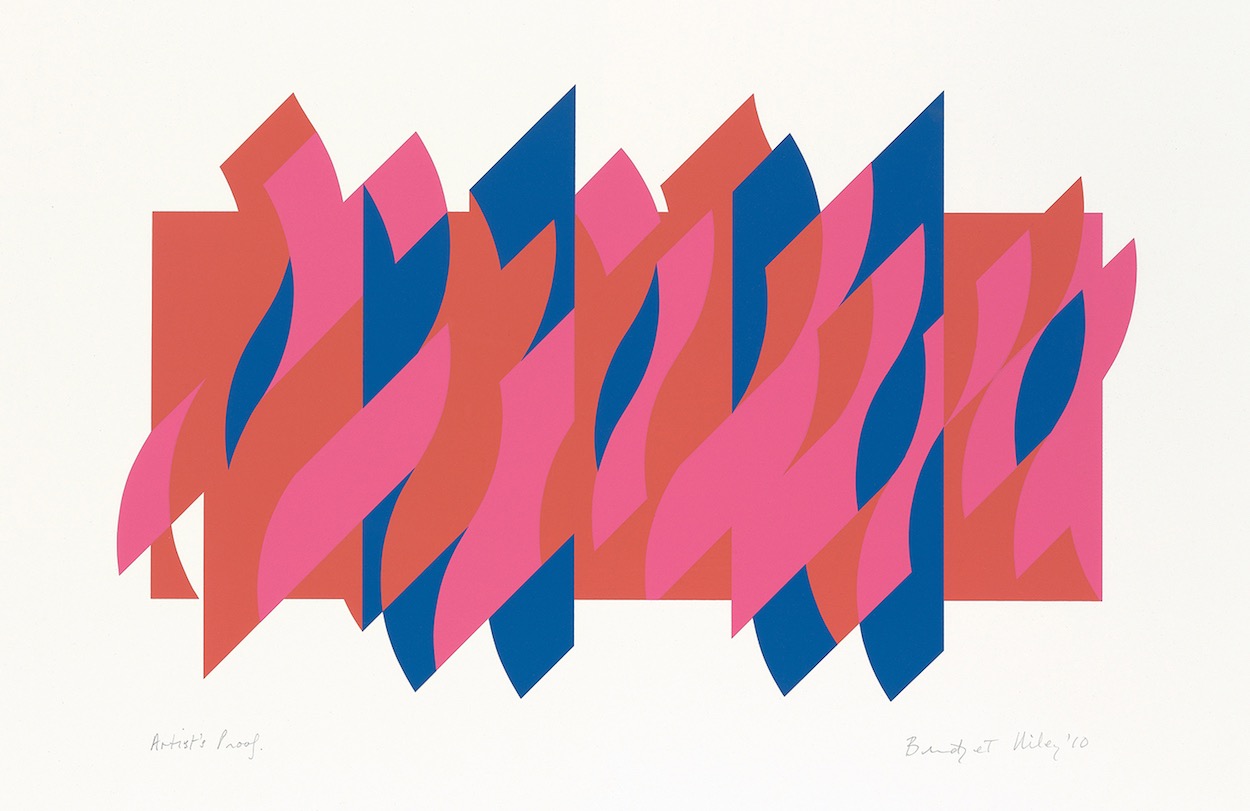 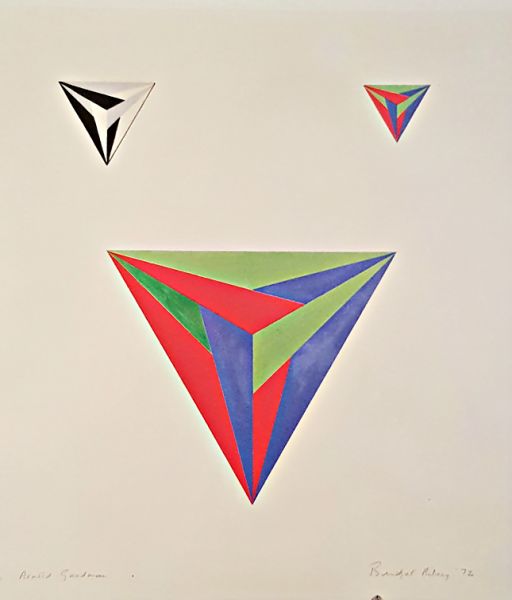 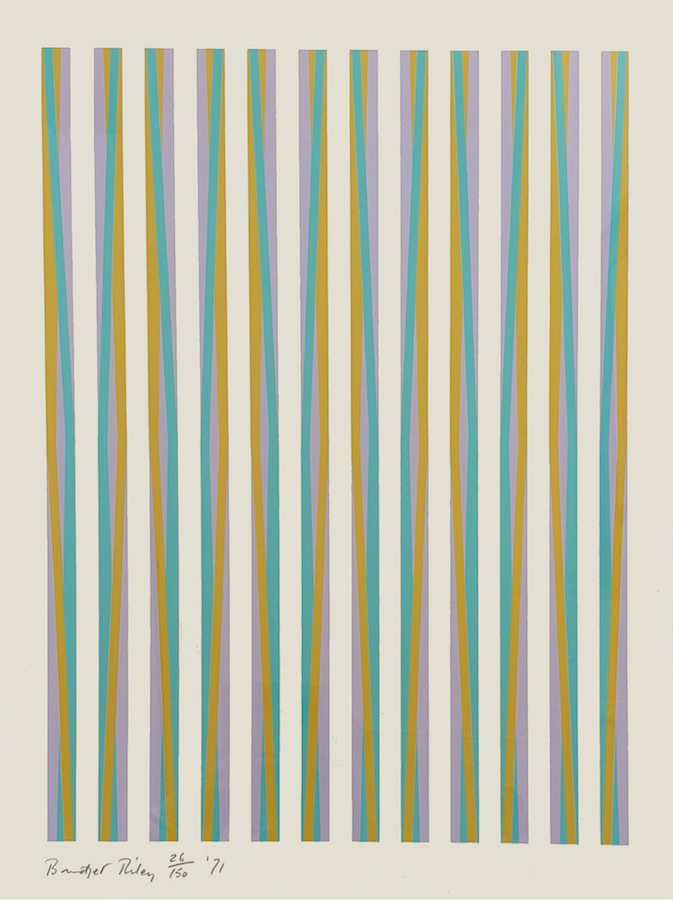 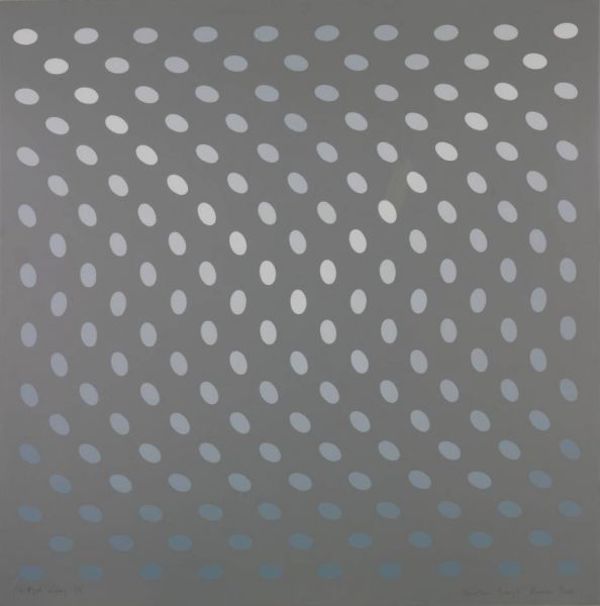 Nineteen Greys (from set of four)

Bridget Riley is one of the best known exponents of the 1960s Optical or Op art movement. Her images produce intense sensations of movement and colour that engage the viewer in the experience of viewing. Bridget Riley was born in Norwood, South London in 1931.

Drawing and painting became the centre of Bridget Riley’s life from an early age, after attending school at Cheltenham Ladies College (1946-49), she studied at Goldsmiths College from 1949 to 1952, and at the Royal College of Art from 1952 to 1955, where her fellow students included artists Peter Blake, Geoffrey Harcourt and Frank Auerbach. In 1956 Bridget Riley attend an exhibition of American Abstract Expressionist art at the Tate Gallery, London, it was the first exhibition of its kind in the country and had a significant impact on her creative thinking.

In the summer of 1960 Bridget Riley travelled, painted and visited galleries in Italy with her teacher Maurice de Sausmarez. She recalls seeing and admiring the work of the Italian Futurist painters Boccioni and Giacomo Balla. De Sausmarez encouraged her to study the art of George-Pierre Seurat, and for a while she adopted a style of painting based on the pointillist technique. On her return, she took a part-time teaching post at Hornsey College of Art. At Hornsey, Riley began her first Op Art paintings, working only in black and white and using simple geometric shapes. These patterned paintings explored the dynamism of sight and produced a disorienting effect on the eye.

The following year she moved to Croydon School of Art (1961-64) and gained her first critical recognition with a solo show at Gallery One in London (1962). Bridget Riley’s paintings came to international notice when she exhibited alongside Victor Vasarely and others at the Museum of Modern Art in New York at an exhibition called ‘The Responsive Eye‘in 1965. One of Riley’s paintings was featured on the cover of the exhibition catalogue. It was around this time that the term ‘Op Art’ entered the public consciousness. It captured the imagination of the public and became a part of the swinging sixties.

The fashion, design and advertising industries fell in love with its graphic value, and Bridget Riley soon became Britainﾒs number one art celebrity. Riley began investigating colour in 1967, the year in which she produced her first stripe painting. Her paintings of the late 1960s and 70s became mainly concerned with the visual and emotional response to colour. In 1981, she visited Egypt was enchanted by the colourful hieroglyphic decoration in ancient Egyptian art. The colours are purer and more brilliant than any I had used before,she wrote. Following her visit Riley created colours in what she called her ‘Egyptian palette’ and produced works such as the ‘Ka’ and ‘Ra’ series.

Riley was awarded the ACA Critics Prize in 1963 and in 1964 she was awarded a Peter Stuyvesant Foundation Travel bursary to the USA. In 1968 she won an International Painting Prize at the Venice Biennale. She has been given honorary doctorates by Oxford (1993) and Cambridge (1995). In 1998 she became one of only 65 Companions of Honour in Britain. In 2012, she became the first woman to receive the Sikkens Prize, the Dutch art prize recognizing the use of colour. "Painting is, I think, inevitably an archaic activity and one that depends on spiritual values"