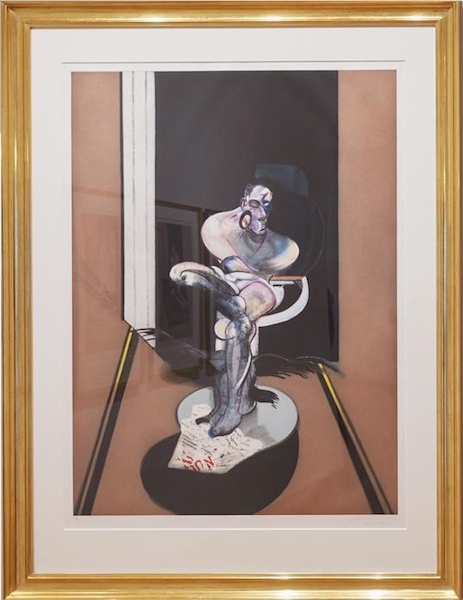 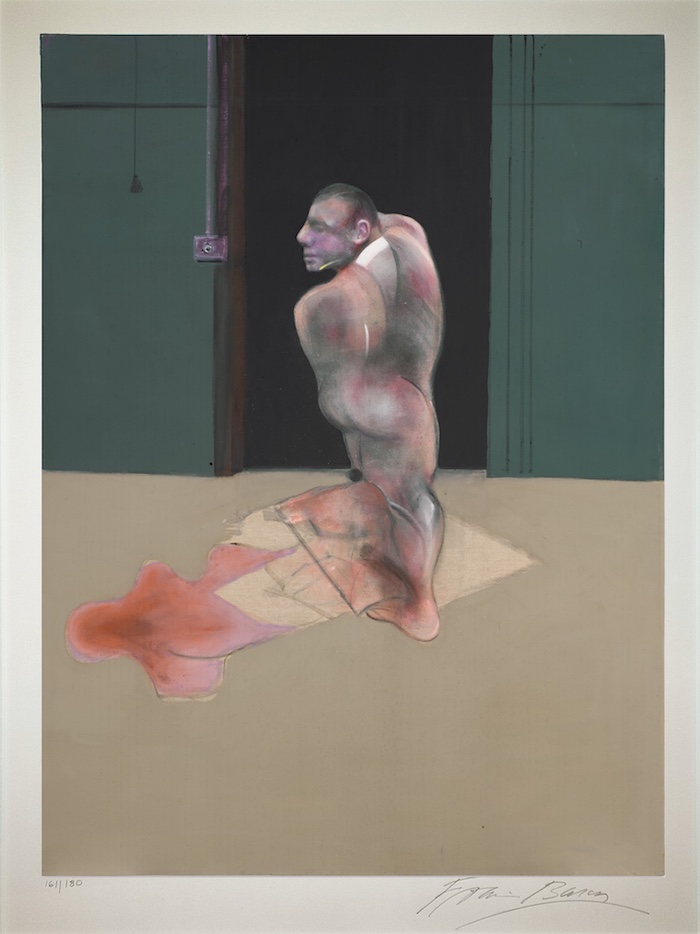 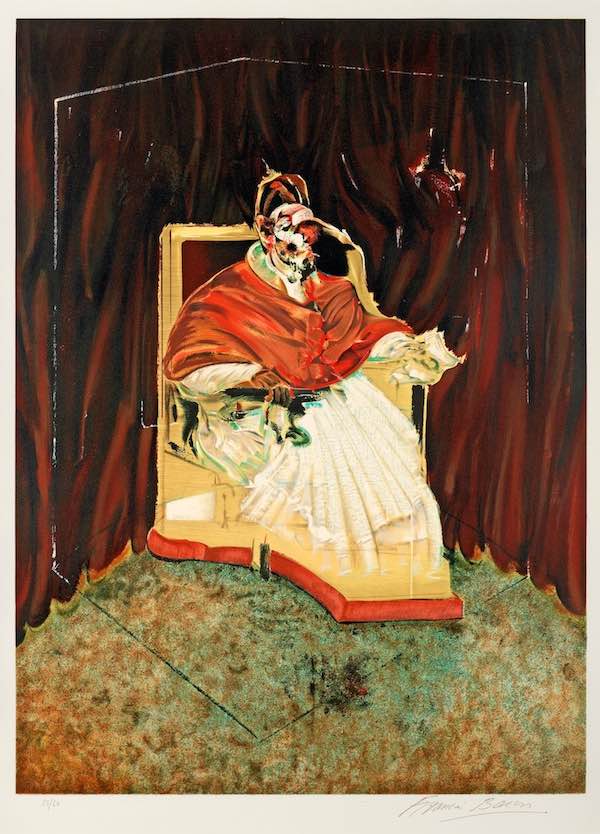 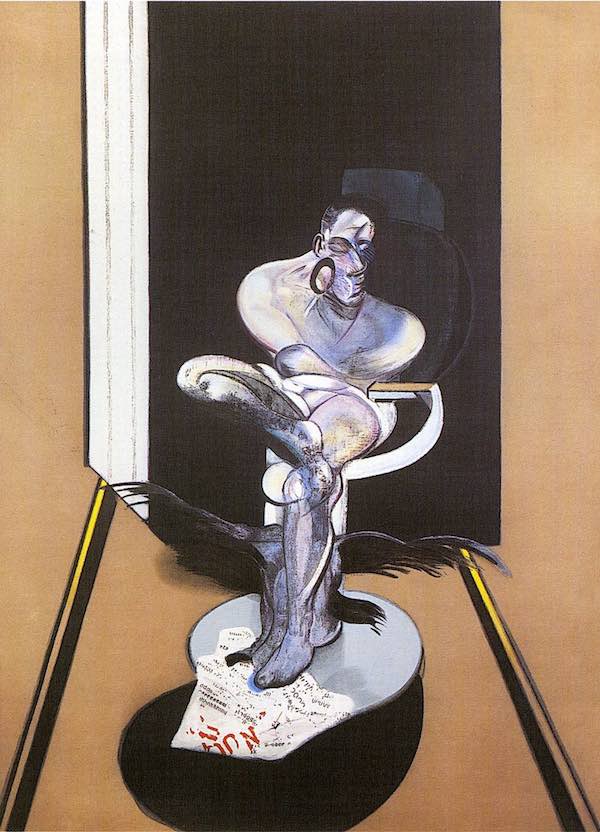 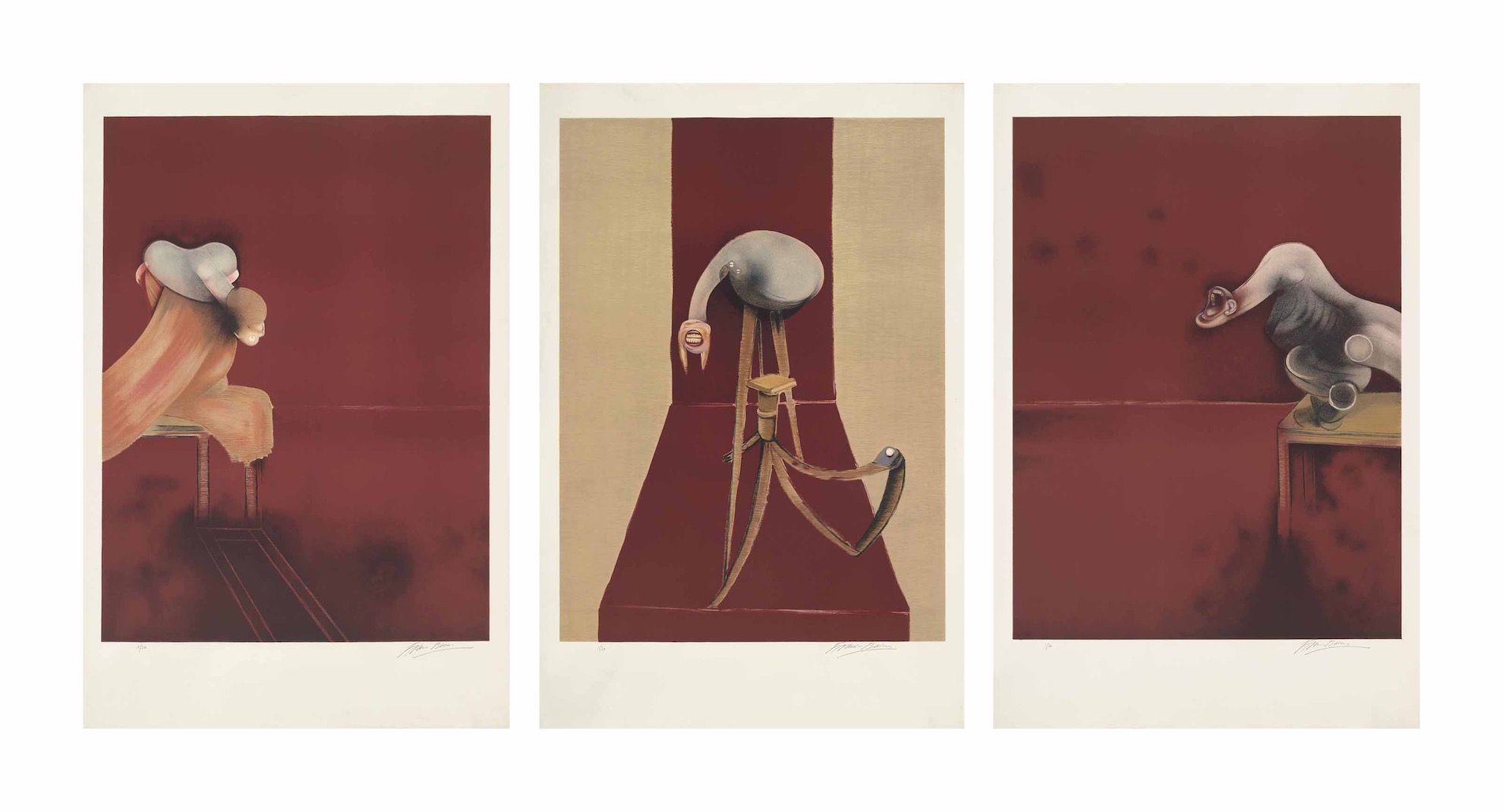 Francis Bacon was born to English parents living in Dublin, Ireland, on November 28, 1909, and is the collateral descendant and namesake of the famed 16th-17th century philosopher. Bacon was raised in Ireland and England, and as a child, he suffered from asthma, which kept him from receiving a formal education. Instead, he was tutored at home.

Bacon left home in 1927 at just 17 years old, with his parents not accepting his sexuality. He travelled to Berlin, Germany, where he took part in the city's gay nightlife as well as its intellectual circles, and to Paris, France, where he became further interested in art through visits to galleries. When Bacon returned to London in the late 1920s, he began a short career as an interior decorator, also designing furniture and rugs in a modern, Art Deco-influenced style. Additionally, he began to paint, first in a Cubist style influenced by Pablo Picasso and later in a more Surrealist manner. Bacon's self-taught work attracted interest, and in 1937, he included in a London group exhibition entitled "Young British Painters."

Francis Bacon later dated the true beginning of his artistic career as 1944. It was around this time that he devoted himself to painting and began creating the works for which he is still remembered, with "Three Studies for Figures at the Base of a Crucifixion" seen as a major turning point. His large canvases depicted human figures—most often a single figure isolated in an empty room, in a cage or against a black background. For one series of paintings, Bacon was inspired by Diego Velázquez's portrait of Pope Innocent X (circa 1650), but he painted the subject in his own style, using dark colours and rough brushwork and distorting the sitter's face. These works came to be known as Bacon's "screaming pope" paintings.

In other works, a figure might stand beside a flayed carcass of meat. Still, other paintings were derived from traditional religious subject matter. In all of his paintings, Bacon emphasized the universal experiences of suffering and alienation.

Francis Bacon is considered one of Britain's major painters of the post-WWII generation, as well as an important influence on a new generation of figurative artists in the 1980s. His work is owned by major museums around the world, and he has been the subject of several retrospective exhibitions. His studio was acquired by the Hugh Lane Gallery in Dublin, where it has been recreated as a room for visitors to view. Bacon's "Three Studies of Lucian Freud" broke the record for the most expensive work ever sold at auction in 2013, when it was purchased for a final price of $142.4 million at Christie's in New York.

If you are interested in specific Francis Bacon art available for sale then please contact the gallery directly as we may have new acquisitions that are not yet listed in the online inventory.