One of today’s most controversial working artists, Jeff Koons has had a decidedly unique career that runs counter to many art historical norms; despite his playful, often hyperbolic, artistic style, Koons has undertaken a number of shockingly conventional jobs in his life, such as working as a commodities broker on Wall Street, before fully devoting himself to art. Koons has developed an artistic persona that is simultaneously blithe and over-the-top. The artist has repeatedly asserted that his work should be taken at face value, and that there is no hidden meaning or interpretive content; this, in conjunction with his use of both kitsch and banal materials and motifs, has greatly contributed to the polarizing nature of his career. Koons’s most distinguishable design is that of a balloon dog, which he has recreated in several iterations. His Rabbit, a stainless steel figure measuring just over 3 feet tall, holds the highest auction record for a living artist, selling for $91 million in 2019. Koons continues to live and work in New York City, where he has undertaken public commissions (such as Seated Ballerina, 2017, in Rockefeller Center), and his work is held in several collections, such as the Whitney Museum of American Art and the Museum of Modern Art, New York. 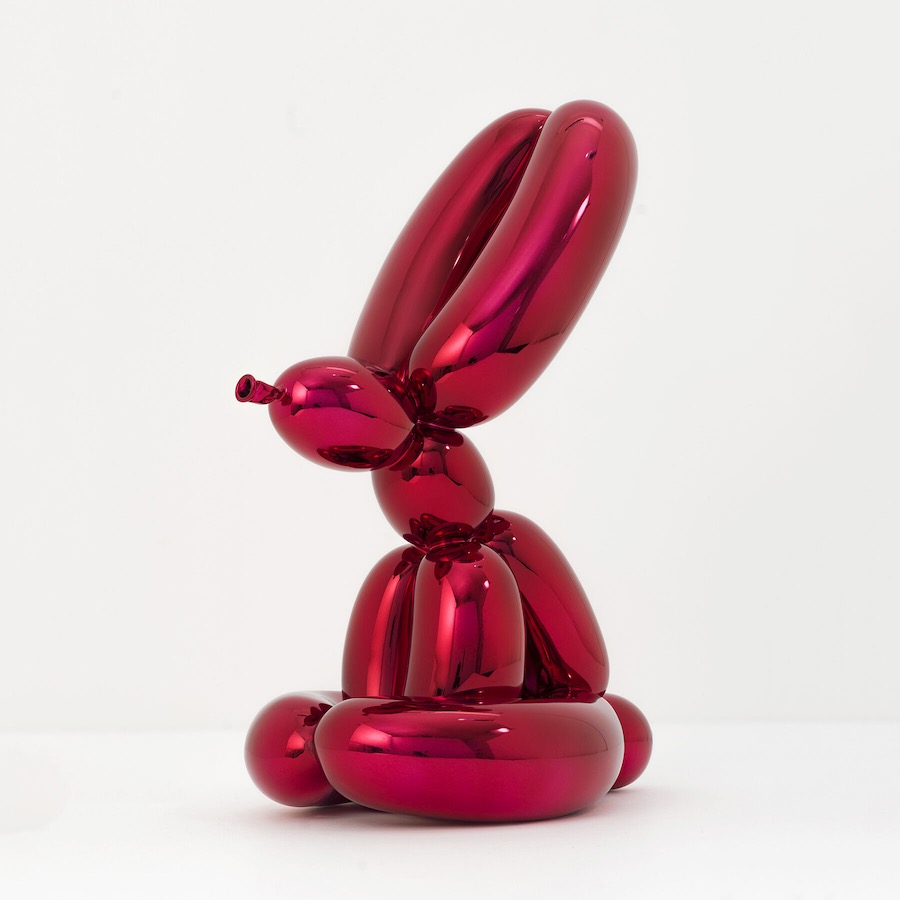