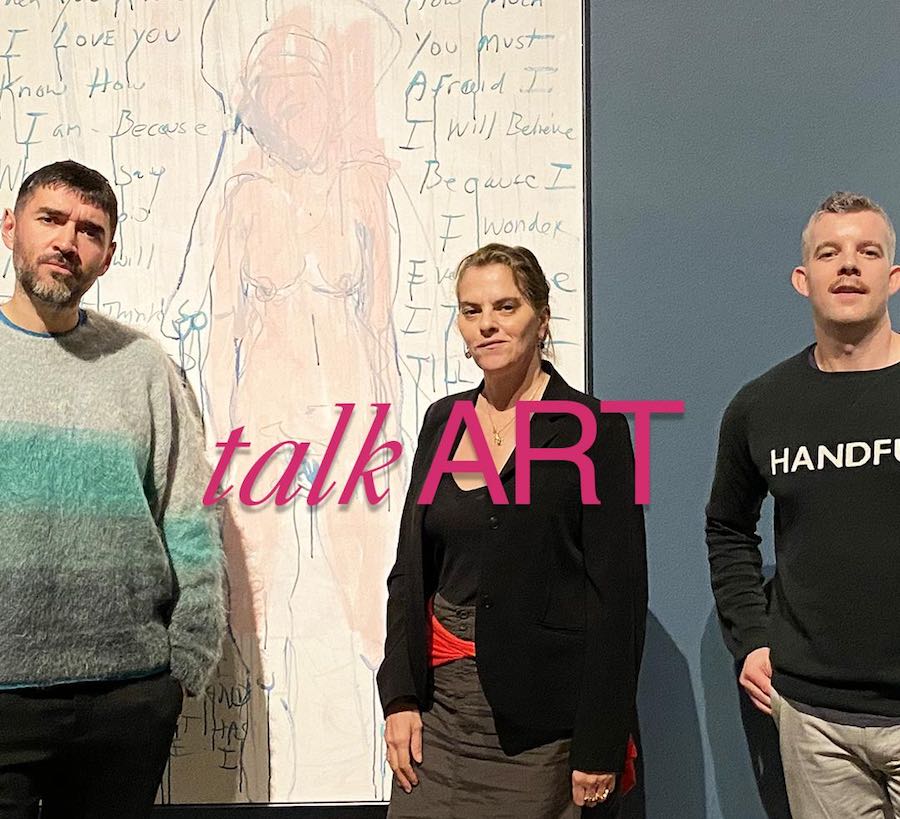 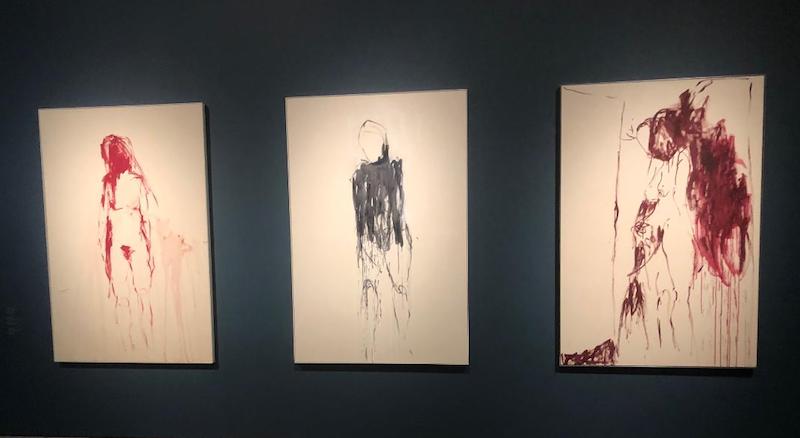 In a strange synchronicity, Emin herself could not have scripted the circumstances in which the exhibition is being held, either from a personal or a wider perspective. The RA show comes at a time when isolation and loneliness are preoccupying our existence during the COVID pandemic, adding poignancy to the show. On a personal level, in recent months Emin has spoken candidly about her brutal struggle with cancer. As Eleanor Nairne writes in The New York Times, “Her work has always grappled with the vulnerability of life, but now the spectre of mortality hangs low, and the poignancy of these pictures feels more acute.”

The exhibition has already garnered many accolades: “Intimate and revelatory...both are painters of feelings”, says The Times; “Powerfully emotional art”,writes Time Out; while the verdict of The Guardian is, “If this doesn’t stop you in your tracks, nothing will.” 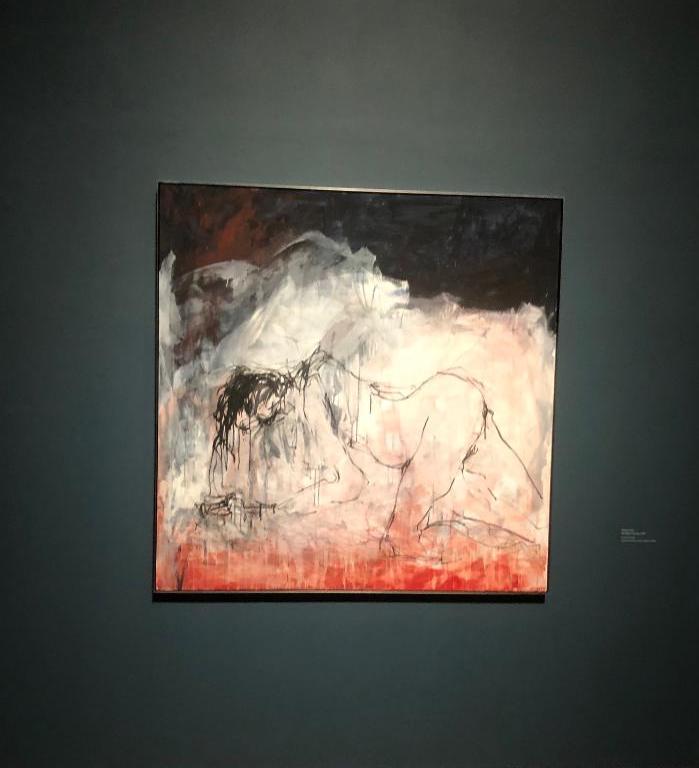 “Stopping you in your tracks” has been Tracey Emin’s speciality since she first emerged onto the UK art scene in the 1980s with her frequently aggressive, provocative and controversial artwork. Emin made the pain and anguish of her early life the subject of her art, demonstrating an astonishingly wide-range of artistic skills including drawing, sculpture, film, photography, neon text and sewn appliqué, examples of which can be seen in the Royal Academy exhibition.

While always remaining true to her uncompromising principles, Emin has gained official recognition by the art establishment: in 2006, she was chosen to represent the UK at the Venice Biennale; in 2007, the former "enfant terrible" of the Young British Artists was made a Royal Academician and in 2011, she became one of the first two women to be appointed Professor of Drawing at the Royal Academy. 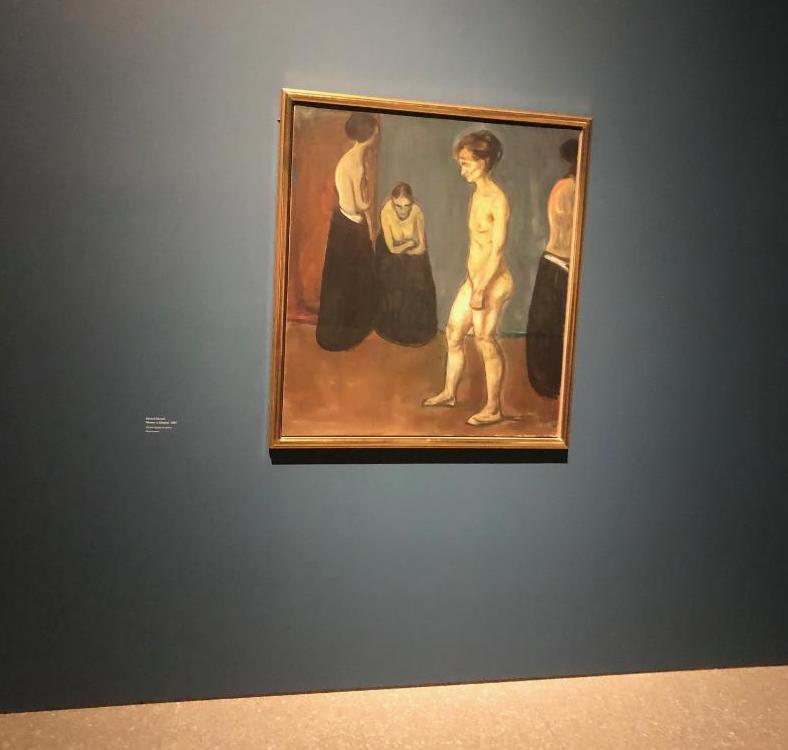 Tracey Emin was born in Croydon, south London, in 1963 and brought up in Margate, Kent, with her twin brother, Paul. At the age of 13, she was raped while walking home, a terrifying experience she described as being “broken into”. In 1987, Emin moved to London to study at the Royal College of Art, wherein 1989 she obtained an MA in painting. After graduation, she had two traumatic abortions, which led her to destroy all the art she had produced in graduate school; she later described the period as "emotional suicide”.

In the mid-1990s, Emin had a relationship with Carl Freedman, who had been an early collaborator with Damien Hirst. In 1995, Freedman curated the show Minky Manky at the South London Gallery, for which Emin made her notorious installation,Everyone I Have Ever Slept With 1963–1995. It was a blue tent, appliquéd with the names of everyone she had slept with, including sexual partners, relatives she slept with as a child, her twin brother, and her two aborted children.At a time when society was much less open than today in talking about sexuality, the artwork caused a scandal.The piece was later bought by Charles Saatchi and included in the successful 1997 “Sensation” exhibition at the Royal Academy of Arts. 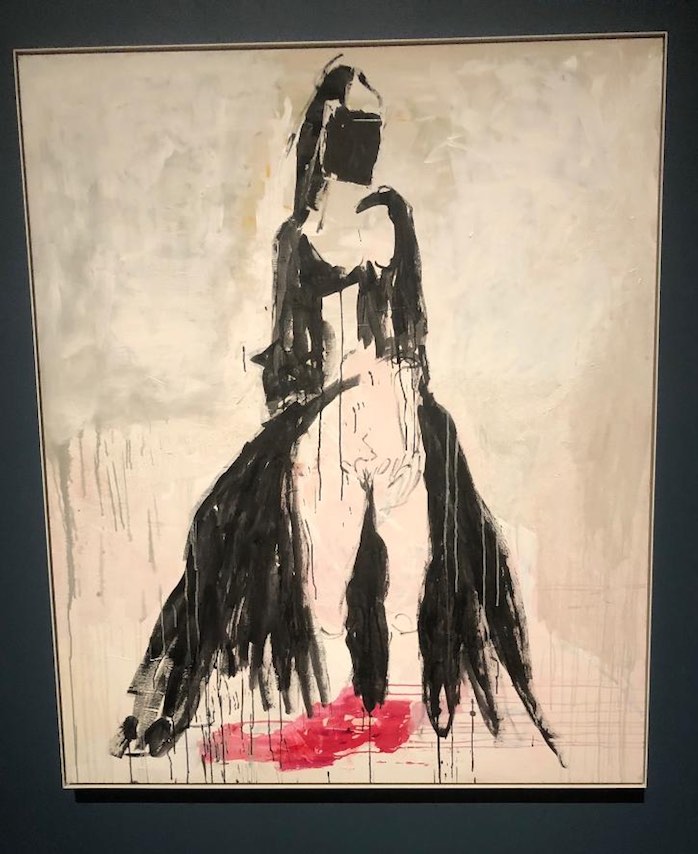 However, Tracey Emin’s most famous, or infamous, work arguably remains her 1998 installation My Bed, which reconstructed the artist’s dishevelled bedroom, complete with stained sheets, cigarette butts, worn underpants, a used condom and empty vodka bottles.The bed was presented as it had been when she had stayed in it for several days, feeling suicidal because of relationship difficulties. That work, in which “the chaos of her own life transformed filth, into art”, earned Tracey Emin a nomination for the Turner Prize. 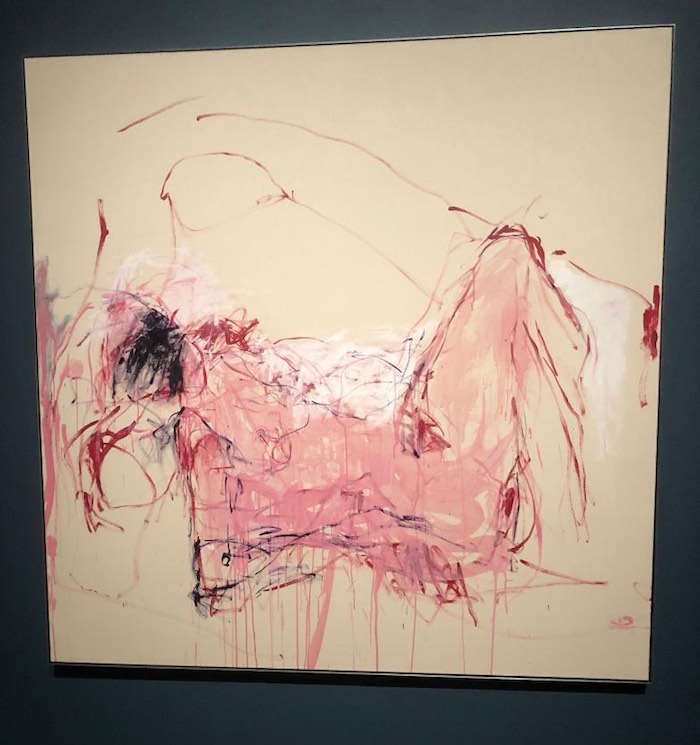 In the current Royal Academy exhibition, the focus is on painting and the female nude, with 18 works by Edvard Munch, and 26 by Tracey Emin. Both artists experienced pain and loss at an early age. By the time Munch was 25, he had already lost his mother, sister and father; he was prone to alcoholism and nervous exhaustion. Emin’s youth featured years of excessive drinking and abusive sexual relationships. It is not surprising, therefore, that the works in the exhibition explore dark places and evoke raw emotions. For both, art provided not only solace from suffering but a way to keep on living. 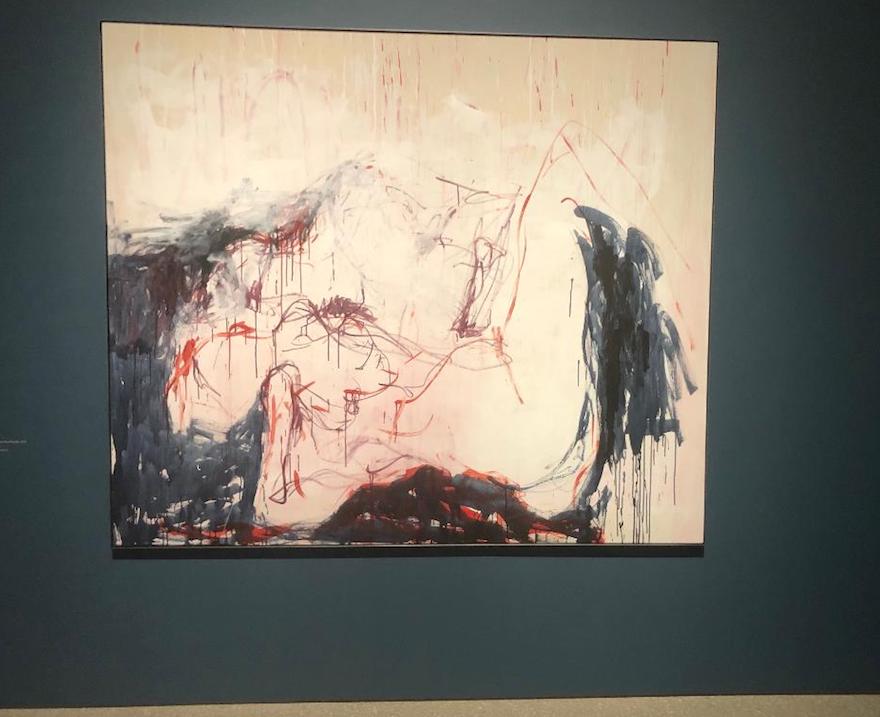 The exhibition shows how Munch has been a constant inspiration for Emin, particularly through his portrayals of strong women. Emin is unflinching in her anguished figurative works showing the frailty, pain and loneliness of the human body. It is as if she has flung the very deepest part of her soul in paint on the canvas or paper. Yet the once wild child out to create a sensation has matured. Here, there is an overriding determination to create a more thoughtful narrative, bravely showing her vulnerability and sensitive soul.