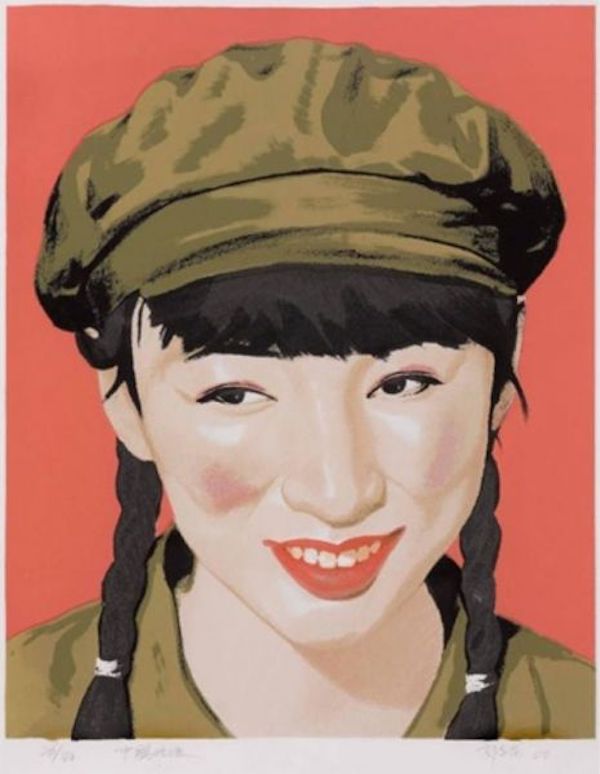 (B. 1962, China) Qi Zhilong's works, spanning from the 1980s till today, revolve around but one subject matter: women dressed in soldier's uniforms from the Cultural Revolution's period. These green uniforms were an emblem of fashion then, but also of ideology, standing for justice, courage, sacrifice, and righteousness.

The fascination with centralized power also reached its peak during that time period. When he depicts a woman in military uniform wearing fashionable make-up on a sweet endearing face, the artists conveys all the complex feelings involved in the re-evaluation of that part of Chinese history. Clearly, however, uniforms are no longer a symbol of idealism for him.

Qi Zhilong has exhibited works in places as diverse as Hong Kong, Australia, Switzerland and Korea, and continues to be recognised as one of Chinas most exciting contemporary artists, in a time when the art scene of China is booming.