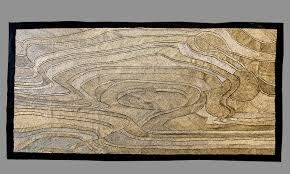 A Homage to the vanishing Paddy Fields

A Force of Nature 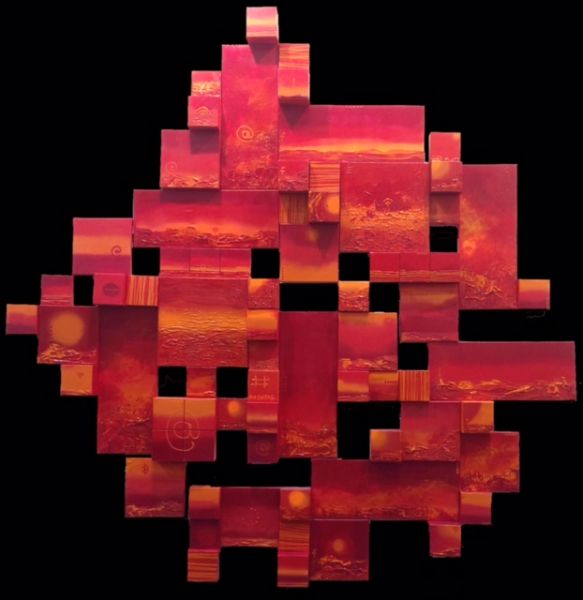 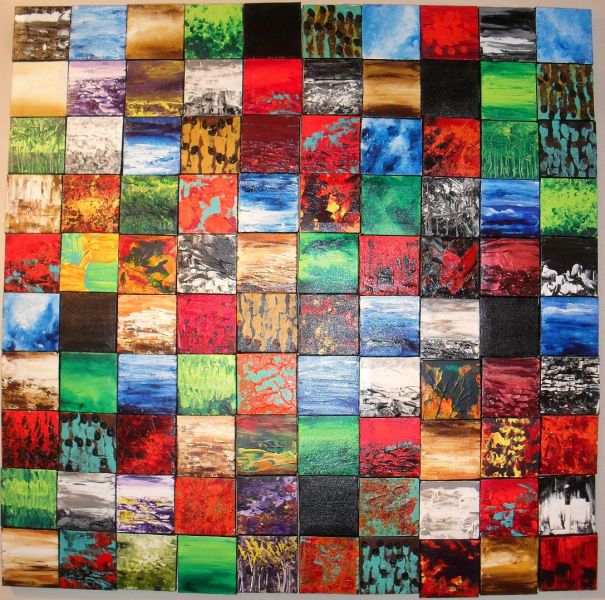 It was in the foothills of the Himalayas, in the northern Indian state of Himachal Pradesh, that Revati Sharma Singh took her first steps to becoming an artist, whereas a child she would express herself by painting on the walls of her grandmother’s 100-year-old house. The serene, rolling landscapes could scarcely have been more different to the city in which Revati grew up, Mumbai, and the ancestral home soon became her ‘haven’ from the chaos of urban life – as well as the topic of much of her earlier work featuring abstract landscapes.

In 1999, Revati moved with her husband to Singapore, where a significant development in her art was realised. The success of her first solo show encouraged her both to pursue art as a career and to use her work for good, and she began donating a percentage of each of her paintings sold to charities based in India’s cities – something she continues to do.

By 2007, after a productive spell in London, she was back in Mumbai, living in the fashionable suburb of Bandra, in the north of the city. It was her time there that Revati cites as perhaps the most crucial moment in her development of her art itself, with her work taking on a new, more political dimension.

She recalls seeing the view from their sea-facing apartment for the first time and being struck by the fact that it included both the glistening apartment blocks of the city’s rich and the sprawling slums lining the roads below. She determined then that her art should become her way of showing the issues that faced India’s crowded and challenged society, and a critique of her homeland soon became a central theme in her work.

This stance was first manifested in the Kala Ghoda Arts Festival of 2009, where an installation titled How Long can you Stand it? targeted the issue of sanitation in Mumbai. The following year saw Revati return to Kala Ghoda with a new installation, Mera Desh Mahaan? (Is My Country Great?), an immersive work that changed form over a five-day show. Modern Indians – deemed to have ‘inherited a free nation, not fought for it’ – were challenged to re-evaluate their views on the country, as the artist questioned the morality of an economic system that perpetuated the existence of super-rich and super-poor.

Another breakthrough work that established a name internationally was Running on Faith, an installation featuring a full-size cycle rickshaw and passenger that was exhibited at the Art Monaco fair in 2011. In the work, elements of faith and karma were explored, with an overweight, gold-coloured passenger being pulled along by a grey-blue rickshaw driver, the latter’s thin body covered in tiny artworks of Hindu icons. Her challenge here was against the passive acceptance of the status quo, often cemented through religious dogma, that shows itself so cruelly on Indian streets.

Subsequent exhibitions spanning venues in India – including both Delhi and Mumbai’s international airports – as well as London, Hong Kong, Singapore and Dubai have established Sharma Singh as a forward-thinking and international contemporary artist. Over time, her work has become more ambitious, perhaps best seen in the striking 4 x 6 metre painting commissioned for the Ritz Carlton Hotel in Bangalore.

In India her work has appeared in in the annual India Art Fair in New Delhi, while in London she has become a regular contributor to the LAPADA Fair, Saatchi’s Starata Art Fair, the Affordable Art Fair, and the Masterpieces Art Fair – being the only artist representing India at the show in 2012. The Italia Docet Laboratorium marks Sharma Singh’s first appearance at the Venice Biennale, and will feature a multimedia installation drawing on the work of renowned Indian philosophers and thinkers Rabindranath Tagore, Sri Ramakrishna and Swami Vivekananda.