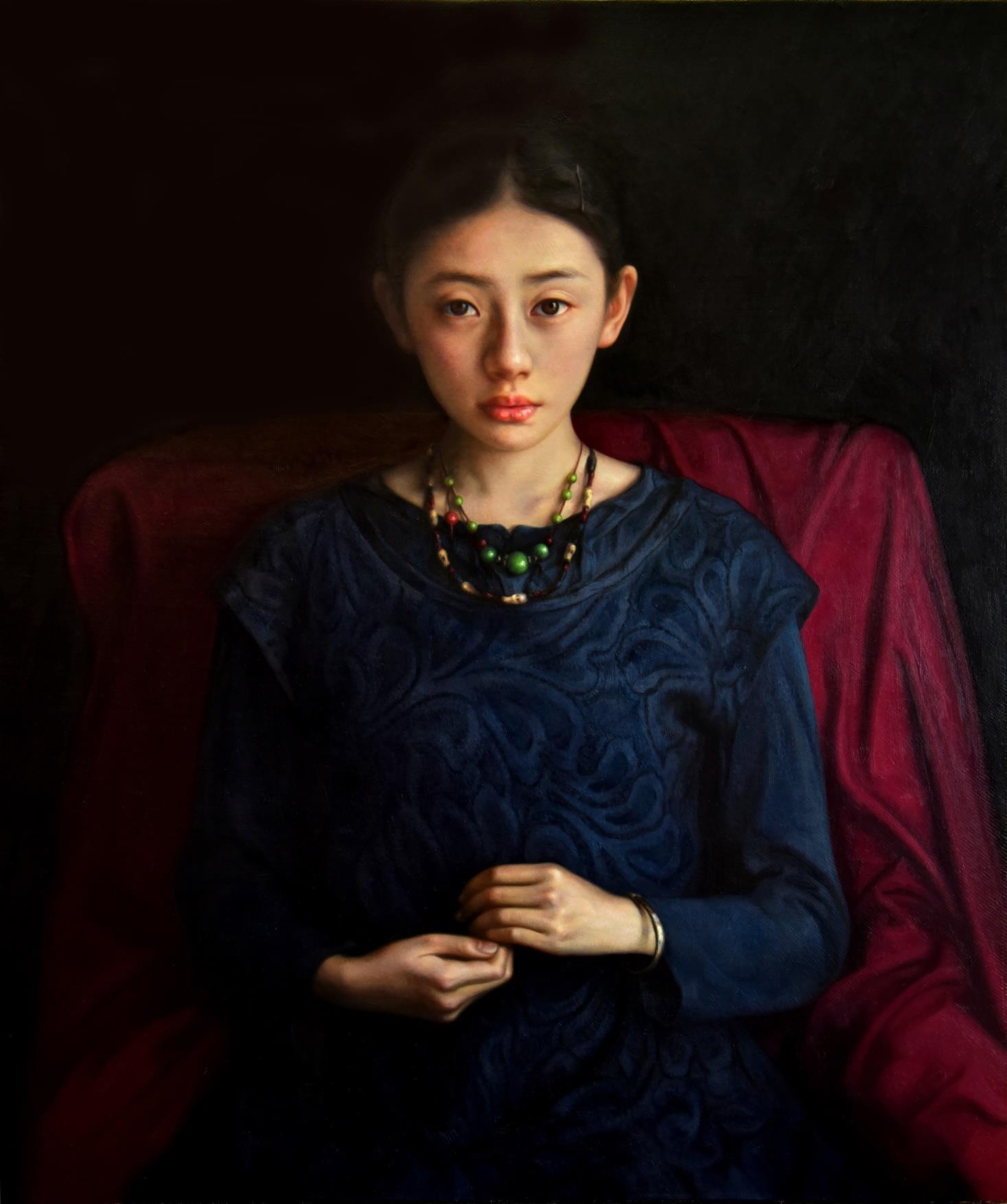 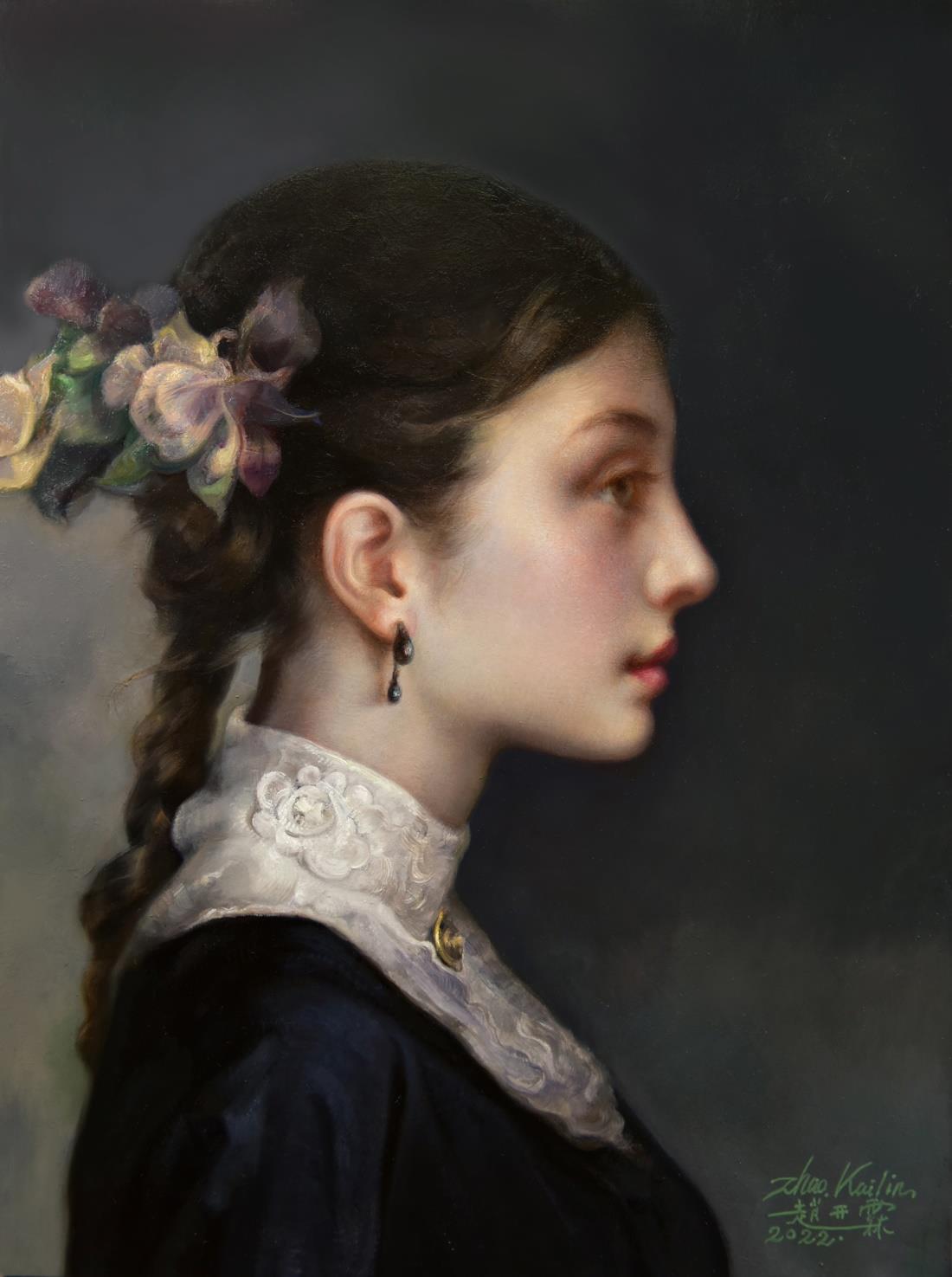 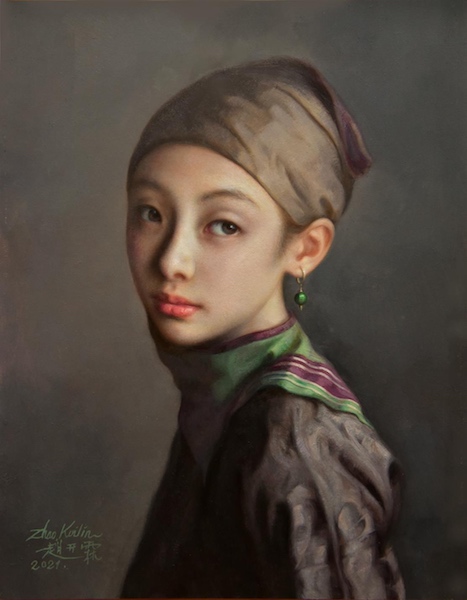 Zhao Kailin was born in December, 1961, in Bengbu, China. He graduated from Central Art Academy in Beijing in 1991. Zhao Kailin lived in Stockholm, Sweden from 1992-1994, where he started creating oil paintings. Mr. Zhao then immigrated to Los Angeles, California in 2003 and became a member of the Portrait Society of America.

Zhao Kailin’s aesthetic vision is a fusion of realistic technique and his rationalized adoption of Neoclassicism. Zhao intends to express young women in a silent atmosphere that suggests the transcendent purity of spirit but depicts the inner sensibility of the contemporary condition. In Zhao Kailin’s latest works, he has concentrated on depicting beautiful, introspective young women, most of whom are Asian and dressed in traditional Chinese attire. Several of the latest pieces feature females with musical instruments. Kailin's paintings capture the essential aura of young women suspended between the innocence of childhood and the smoldering sexuality of womanhood, evoking a sense of longing, dreams, and desire.

“The Expected” a young girl sits in a pose of femininity and shows restrained beauty of traditional Chinese. While the vigorous contrast of the pale nude dress against the dull maroon partition may cast an obvious spatial dichotomy between foreground and background. The young girl’s elegant composure yet has a guarded and uncertain gaze.

Zhao Kailin's work has been shown in numerous solo and group exhibitions throughout Asia, Europe, and the U.S. and is a part of notable public and private art collections. Zhao Kailin is a winner of a number of awards for his work and has been an influential mentor to a number of other painters currently represented exclusively by Contemporary Chinese Fine Art in Laguna Beach, California.